For four years, Prudentia Advisory in cooperation with Nasdaq Tallinn, has been ranking Estonia's most valuable companies, known as TOP101. The aim of the TOP101 ranking is to promote the Estonian capital market and the contribution of Estonian entrepreneurs to the sustainability of the economy. Estonian entrepreneurs are creating new jobs and generate the tax revenue for the functioning of the country. The total value of the 101 most valuable companies and its change is a sign of the way how the country's economy is developing and what may lie ahead for us. This year's TOP101, based on the data of the leading Estonian companies as of 31 December 2021, gives hope that we can avoid a major economic downturn.

The last few couple of years have been challenging for Estonian businesses. COVD-19 pandemic, followed by rapid inflation,  Russia's invasion of Ukraine and skyhigh energy prices are only some of the hardships we are faced with. Rapid inflation is reducing consumers' confidence, as well as their disposable income, and, for the first time after a long period, we are reading about layoffs and bankruptcies in manufacturing companies. How good is the health of the Estonian economy in 2022, ahead of a possible recession?

This year's TOP101 ranking was won by Swedbank, one of the biggest guarantors of the Estonian financial system. It is clear that Estonia needs a strong financial sector to be able to withstand an economic crisis and develop the national economy. Swedbank is the largest bank in Estonia that offers a wide range of financial services, including current accounts, mortgages, insurance, credit cards, loans, pension funds and investments for both private and corporate customers. At the end of 2021 Swedbank's assets amounted to 16.5 billion euros and its equity stood at 1.7 billion euros . The bank has issued more than 4 billion euros in housing loans, and Swedbank was the first in Estonia whose index fund for people born in Estonia between May 1990 and 1999 is based entirely on environmentally friendly principles. Olavi Lepp, CEO of Swedbank Estonia, is also head of the Estonian Banking Association.

There are three financial institutions among the four most valuable companies in the new TOP101 while last year's winner Eesti Energia was fifth. It should be noted that the fact that Enefit Green, a listed subsidiary of Eesti Energia, was ranked separately from its parent company was not a punishment, but simply observation of the principle that listed companies are ranked as separate entities. 2021 was a good year also for Eesti Energia itself that saw its company value increase. In the second place in this year's TOP101 was Luminor Pank which also consolidates its Latvian and Lithuanian business operations in the Estonian company, while the third was Graanul Invest.

In the latest TOP101, the most successful sectors in terms of value are the wood sector, energy sector and medical sectors, with strong improvements in the companies' financial results and value. Companies operating in the energy sector benefited from almost a 55% growth in EBITDA multipliers . High energy prices played a key role in the improving economic performance of companies operating in the energy sector. For example, the revenue of Eesti Gaas more than doubled in a year to 380 million euros and operating profit increased to 29 million euros. The EBITDA of VKG Grupp totalled 142 million euros.

The total value of the TOP101 companies in 2022 increased to 29.6 billion euros compared to 28.9 billion euros a year ago. The increase in value would have been statistically even greater if Enefit Green is considered together with Eesti Energia.

In its economic forecast, Eesti Pank says that the outlook of the Estonian economy depends mainly on the further inflation that is forecast to grow by about 7%, and expects GDP to grow. In summary, it could be said that the TOP101 ranking of Estonia's most valuable companies shows no cause for concern about the health of the Estonian economy yet, but one must not forget that the ranking is based on year-end data. The Russian agression that started on February 24 affected very many companies, creating a completely new and rapidly deteriorating operating environment. High inflation, growing energy prices, interrupted supply chains and the rise in interest rates are affecting everyone. The real impact of these changes will be known in detail in the next year's TOP101 ranking. 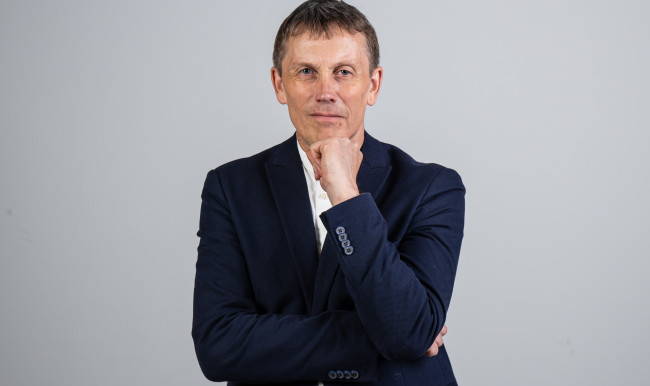